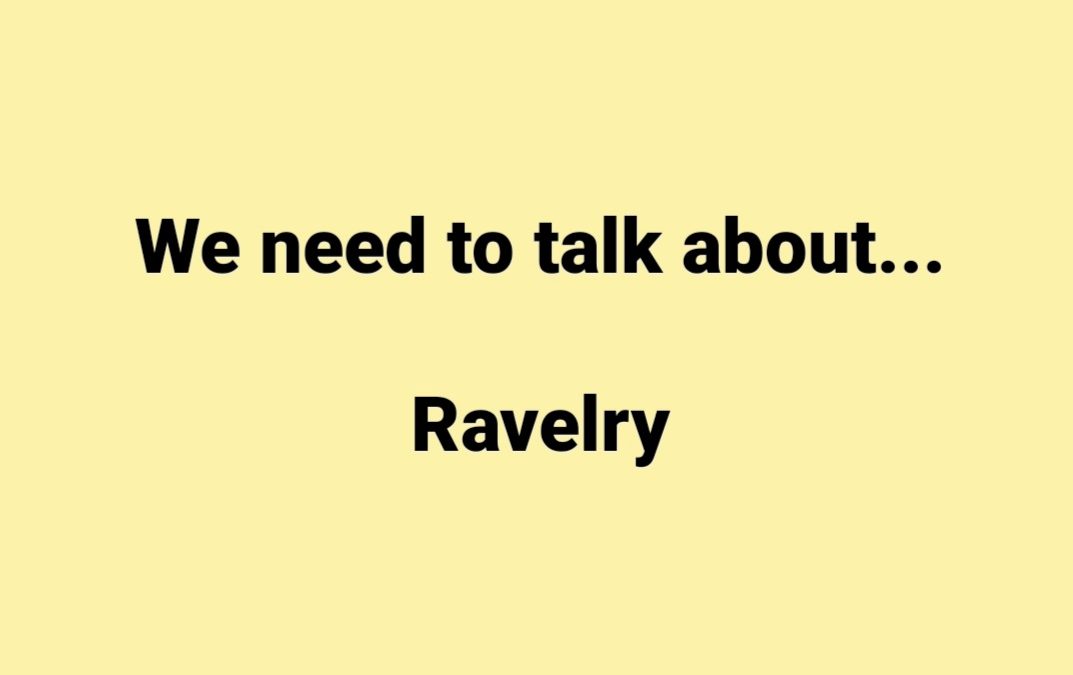 Do you follow what happens in “the fibre community”? Have you heard of this summer’s Ravelry debacle?

This popular, almost inescapable pattern repository has done the unthinkable and alienated many regular users.

The trouble is, it’s not just the aesthetics of the site that have been altered.

Sadly, the whole functionality of the site seems to have been compromised for people with specific accessibility needs. I’ve read stories about how screen readers cannot cope with the new code for instance. This means that a part of the regular user base of the site is now excluded, because of the needs linked to their disability.

The high contrast and animated elements of the new site design actually have a detrimental effect on some people’s health: there have been reports of nausea, migraines, even seizures. That’s terrifying. Imagine going to browse a website, looking for cool crochet patterns, and ending up having a full blown seizure. It’s heart breaking.

As for designers who actually make a living through their pattern sales on Ravelry, the ones who suffer from such health issues have essentially been cut off from their means of earning. I know the saying goes “don’t put all your eggs in the same basket”, but Ravelry is/was pretty much the only basket available…

When people started reporting this type of issues, you’d think Ravelry would quickly back-pedal and apologise, wouldn’t you?

That’s not what happened

There was complete radio silence from the Ravelry team for weeks. Options were soon given for people to leave the “NuRav” interface and switch back to “Classic” Rav, but not after having had to access the site first via the new login page (and apparently the “Classic” version currently available is not a full rollback to the old version, so still causes some issues).

Things escalated a couple of weeks ago, when one Ravelry team member sent an email to some users, essentially saying that people reporting migraines and seizures were… lying.

Come on, who would make that up???

For a site that prides itself for being inclusive, that’s a big fail.

Since then there’s been a sort-of apology blog post from another member of the Rav team, indicating the other member’s email didn’t reflect the view of the company as a whole… There are new develpoments just about every week now, so if you want to see how it all unfolds, check out the hashtag #RavelryAccessibility on social media (especially Twitter).

The consequence of this whole fiasco

Many pattern designers and consumers, whether affected by the accessibility issues or not, have now started to look elsewhere.

Lovecrafts.com, Etsy, as well as designers own webshops are all potential places to buy patterns and support your favourite designers.

As for the other functionnalities offered by Ravelry, e.g. the forums, the yarn stash inventory, the queue/WIP logs… Some clever people have started putting lists of resources together, like Carrie CraftGeek who has created The Fiber Indy List.

For many yarny people, Ravelry was also a place where they could write their project notes (say hello to blogging? – by the way, that’s what Martyn aka @welshtenor / knit365 has been doing for a little while already, first with blogging, now also with a bit of vlogging) and organise their stash and queue (ready to use Trello boards? – I’m probably going to use this myself, not that I had any kind of inventory or anything really organised in my Ravelry account in the first place 😄).

In spite of all this…

I’m not deleting my Ravelry account just yet. I’m lucky enough to not need a screen reader, and although I do suffer from migraines, my first (and only) incursion on the new-look Rav site didn’t make me sick. Ravelry remains, because of the sheer size of its database, a useful tool for the people who can still use it. But now I will be more cautious about directing people to it (did you notice I didn’t include any hyperlink to the site here?). If recommending a paid pattern I will check out other places where it may be available from. If a free pattern in Rav directs to a blog, I’ll link to that blog directly. This sort of thing.

I’m trying to believe that Ravelry will turn this around somehow, but I also get that the users who are deeply, personally angry with the people in charge are not likely to ever forgive them the summer of 2020.

What will happen next?