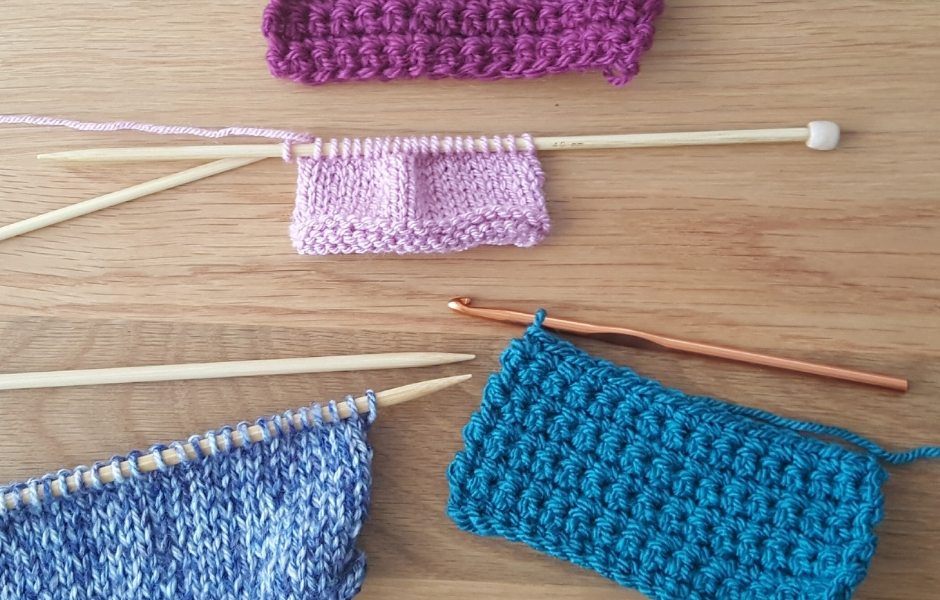 We can all be bistitchual!

The story of Stephanie

In June I started teaching a lovely lady called Stephanie who didn’t want to be attending my class. Stephanie’s boss had hired me to teach her staff to crochet once a week at lunchtime. Stephanie is a keen knitter, but she told me as soon as she entered the room that every time someone had tried to teach her to crochet, they had failed. She stated categorically “I can’t crochet!”

Fast forward an hour: it turns out Stephanie can crochet, enjoys it and is even really good at it – she is now bistitchual!

The key to success

So why did I succeed where others had failed? Because one of the first things I said when we started the lesson was that there was no right or wrong way to hold the hook and the yarn.

Knowing that she was a knitter, I immediately reassured Stephanie: although she was going to see me hold the hook in my right hand and the yarn in my left hand, she would probably feel the urge to do everything with her right hand, which is absolutely fine. Telling her this right away enabled her to just be comfortable and focus on the actual steps required to create a stitch rather than try to fight years and years of knitting habits.

Because what matters is what happens between the hook and the yarn; which hands or fingers get involved is of no consequence whatsoever – you could be crocheting with your toes for all I care!

Whose fault is it?

Novice crocheters often tend to have friends & family members who can crochet beautifully, but who can’t teach their craft, because they can only demonstrate the way they do things themselves. They are (usually) well-meaning, and sometimes you just know what you know but you don’t know how you know it (right?), so they can’t be blamed.

There are also numerous crochet books, magazines and online resources who tell aspiring crocheters that they have to hold things a certain way, and it drives me mad! These publications are making sure that a proportion of beginners, who believed they were about to embark on their crochet journey, will immediately get discouraged. Why? Because they will think that if they can’t do exactly what they are told, they just can’t crochet at all, and that is so wrong!

IN CROCHET, THERE IS NO RIGHT OR WRONG WAY TO HOLD THINGS!

If you'd like to hear from me and receive news of the crochet world once in a while, sign up below.

As a thank you, I will give you access to my very useful crochet stitches cheat sheet!